STI vs. STD: Know The Difference 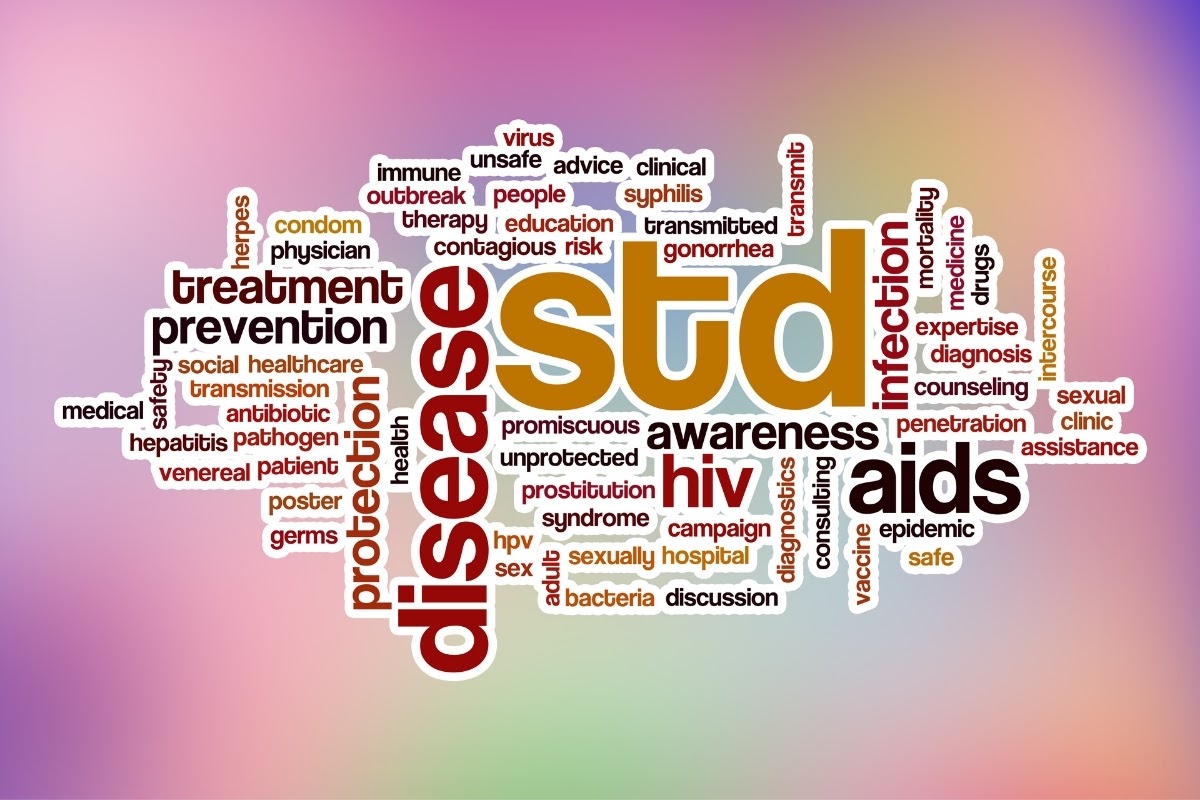 Try to remember when you first heard the term sexually transmitted disease (STD). You were probably sitting through an awkward and mediocre Sex Education class back in middle school, no? Whether it’s the taboo of talking about sex or the ineffective way of teaching safer sex, society has developed a preconceived stigma against STDs, viewing them as dirty and deplorable. All of a sudden, we’re introduced to this new term sexually transmitted infection (STI), and think, “but aren’t they the same thing?”.

Before we bring out our torches and pitchforks against the nasty STIs and STDs of the world, let’s thoroughly educate ourselves about them first. This article will explain the fundamental difference between STIs and STDs and why we should get rid of this ridiculous stigma against them.

Technically, there’s only one main difference between STI and STD: symptoms. Sexually transmitted infections don’t exhibit symptoms, but they automatically become sexually transmitted diseases when they do. In short, STI is the first step to getting STD.

As the infection progresses, the virus or bacteria will start to interfere with your normal body processes. This is when symptoms start to show like foul-smelling discharges or pain in the nether region. At this point, the infection has advanced into a full-blown disease.

Not All STIs Become STDs

Not all diseases start as infections, but in the case of STDs, they do. Once you expose your body to pathogens like bacteria, parasites, and viruses, they can enter and multiply, becoming an infection. However, not all STIs become STDs.

As mentioned, STI is the starting point towards an STD. But in a good number of cases, STIs never progress to become an STD. So, when you use the term STD, it’s often misleading and inaccurate because you can have an STI and be completely asymptomatic for life, taking the infection with you to the grave.

An example of an infection not leading to disease is HPV. HPV has a chance of clearing up on its own without any cause for concern. However, it can become an STD in genital warts and several cancers, most notably cervical.

In some cases, however, using the term STI may also be misleading. It can lead someone to think that theirs is just a simple infection when it has already progressed to a potentially fatal disease.

Why is STI becoming a more prominent term than STD?

There are two reasons for this: stigma and accuracy. People shudder when they hear the term STD and wouldn’t even dare touch it with a ten-foot pole.

But aside from the social aspect of it, STIs are far more accurate. See, when you use the term “disease,” you’re saying that the person is showing obvious signs and symptoms of his or her condition. Often, this isn’t quite the case.

Testing for STIs and STDs

Once you’re infected with an STI, it lingers in your body, interacting with your immune system. This infection then undergoes what is called an incubation period. An incubation period is a time between exposure and when your body addresses the pathogens by producing antibodies.

Before getting tested for an STI, you have to wait out this incubation period to get reliable results. STI tests will rely on the presence or lack of antibodies to determine whether an infection is present. As for STDs, you may notice a few symptoms, which we’ll get to in the next section.

As to the frequency of testing, the Center for Disease Control and Prevention (CDC) recommends following these screening and testing guidelines.

The most common STD symptoms exhibit themselves in the genital area. Here are some of the typical signs you should watch out for:

What should I do if I test positive for an STI or STD?

The first and most responsible thing to do is inform your sexual partners that you tested positive so that they may get tested. This won’t be the most comfortable conversation to have, but it’s the best thing to do to ensure that the infection will not continue to spread.

The next thing you should do is seek treatment. Many people live their lives comfortably despite living with an STD or STI. You will need to consult with a medical physician about the next steps and medications you will have to take.

Aside from the medical treatment, you should also seek the help of mental health professionals. STIs and STDs carry with them a stigma that can lead to anxiety and even depression. Some STDs like syphilis can also cause mental illness.

Abstinence – Abstinence is easily the most effective method in STD prevention. However, it isn’t the most practical nor convenient. We understand that many adults are sexually active, so we’d recommend the next alternative in preventing STIs and STDs.

Barrier methods – When used correctly, condoms are some of the most effective ways of preventing STIs, including chlamydia and gonorrhea. You can read more about condoms and their effectiveness in this article.

Vaccines – Vaccines play a crucial role in effectively preventing various infections. Hepatitis and HPV vaccines are some of the available ones we have today, with an HIV vaccine in the works.

Pre-exposure prophylaxis – This is a new prevention method recommended for sexually active people who are at high risk of catching HIV. It involves taking a pill and other medicines that are used to treat HIV. When you catch HIV, the medicines prevent it from establishing a permanent infection.

The topic of sexually transmitted infection vs. sexually transmitted disease is a common source of confusion for most people. We hope that this post has shed light on the matter. But regardless of how they differ, it’s undeniable that they both pose a threat not just to women’s health but to public health in general. Let’s continue educating ourselves and others about sexual health so we can eliminate STIs and STDs for the future generation.

Should I Be Worried If I Have An Itchy Clitoris? How to Know If The Bump on The Roof of Your Mouth is Due to Herpes

Should I Be Worried If I Have An Itchy Clitoris?

Everything You Should Know About Yoni Pearls

What Does It Mean To Be “Sexually Active”?