Condoms: How Effective Are They And Why You Should Be Using Them 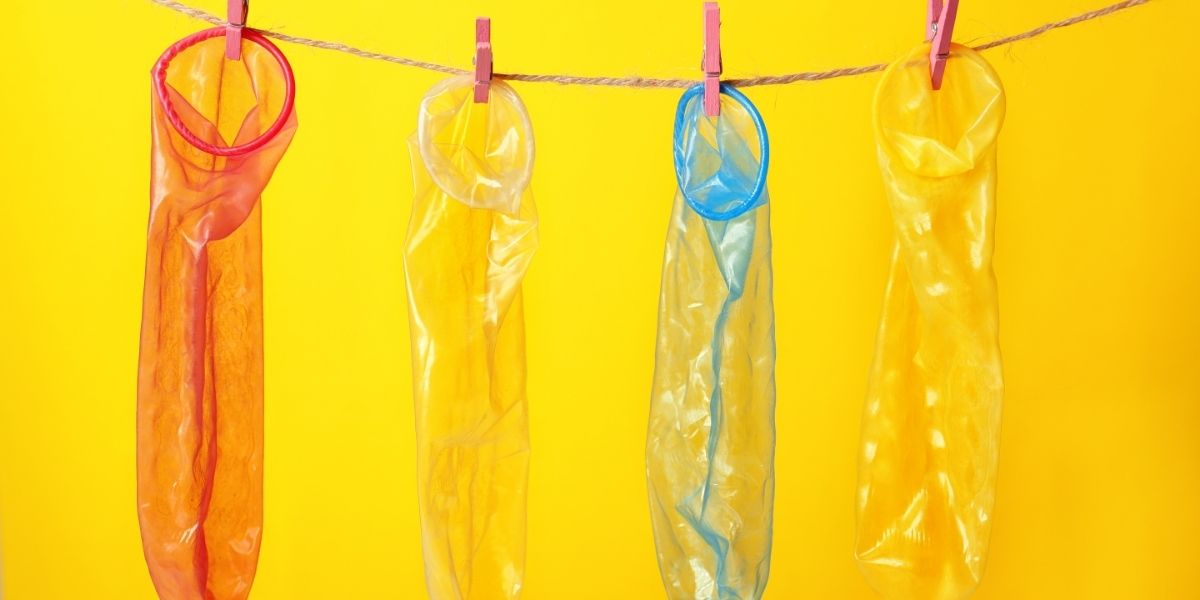 Sex is amazing. Having consensual sex should be a fun and enjoyable experience for everyone. But like everything in life, we need to be responsible when doing it. We need to think about the potential consequences of our actions and be ready to face them. Condoms have been around since 1855 but trace its origins back to even the ancient times. Since the introduction of the latex condom, the industry has only ballooned to amount to a 7.9 billion dollar industry in 2018. With this popularity and sales volume, it’s only natural to ask, “how effective are condoms?” Here, we answer related questions about birth control, STIs, and how to use a condom.

How effective are condoms?

The answer to this question differs. Of course, condoms used correctly have a much better success rate than condoms misused.

Effectiveness could refer to a whole host of things, but first, let’s talk birth control. The primary reason people use condoms is for its ability to prevent pregnancies. It’s one of the most effective forms of birth control or contraception, both natural and artificial. When used correctly, condoms have a 98% success rate, meaning only 2 in every 100 women get pregnant with correct condom usage.

However, humans are bound to make mistakes, including putting a condom on. When condoms are misused, the success rate deflates to 85%. But these are numbers related to male condoms, the ones men put on their penises.

Using condoms in conjunction with other birth control methods (birth control pills, IUD, and birth control shots) further reduces the chances of pregnancy. Additionally, pulling out (the act of withdrawing your penis before ejaculation) while wearing a condom is also recommended, as it helps keep sperm out of the vagina, preventing pregnancy.

Some questions that are commonly asked about condoms involve lubricants and “double-bagging.”

You can use lubricants in conjunction with condoms. However, you have to select the right ones. Water-based lubricants, such as those commercially-produced, are appropriate when using condoms. This protects the latex material, which most condoms are made out of. Oil-based lubricants, like petroleum jelly, lotion, and moisturizer, can break down the latex in condoms and increase their chances of breakage.

Double-bagging is a slang used to refer to putting on two condoms instead of one. People believed that this made them “extra safe” and that it was a sure form of contraception. The truth is that wearing two condoms does not make it safer. Putting on two condoms actually increases the odds of one or both of them breaking. It is not safer and putting one condom on correctly is far more effective.

Condoms will not protect you from all STIs, but that depends. Condoms protect you from STIs that are spread through bodily fluids. The correct use of condoms has shown 98% effectivity against most STIs, such as gonorrhea and chlamydia. Using a condom while engaging in penis-to-vagina sex reduces the chances of contracting HIV by up to 80%. However, STIs spread through skin-to-skin contacts, such as herpes and HPV, may still pose a problem in some cases.

Genital lesions are typical symptoms of herpes and HPV. If you have lesions present during the time of sexual intercourse, there’s a high chance you could pass on the infection. If the condom covers the affected area, you could significantly reduce the chances of passing the infection on to your partner.

How do I use condoms properly?

Responsible sex is gratifying and liberating for both parties. Using condoms whenever you have sex is not only good for preventing pregnancies but great at maintaining your sexual health too. If your partner doesn’t want to wear condoms, talk to them about the fantastic benefits you could be getting by using them.

Why You Should Take a Herpes Outbreak Seriously Ingrown Hair vs. Herpes: Know The Difference

What is Tonsil Ulceration? And Should I Be Worried?

Should I Use Condoms during Oral Sex?