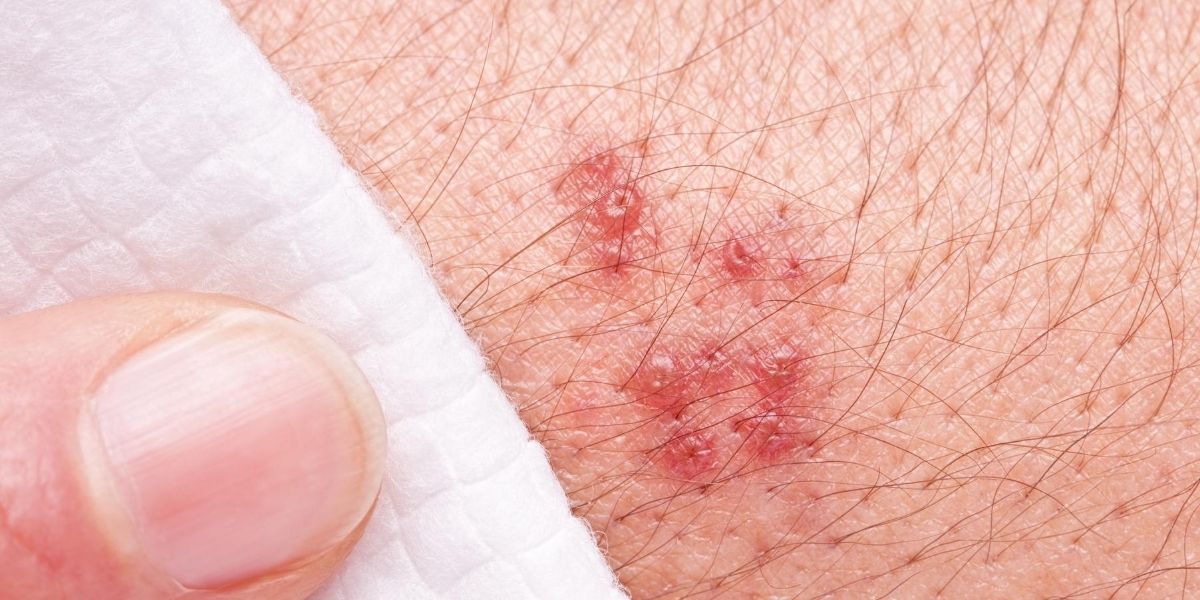 According to the World Health Organization, the herpes simplex virus (HSV) affects more than 4 billion people worldwide. This makes herpes one of the most common sexually transmitted infections globally.

There are generally two types of herpes: HSV-1 and HSV-2. The former causes cold sores (oral herpes) and fever blisters while the latter causes oral and genital herpes. Both types are contagious lifelong infections and patients are often asymptomatic. But when symptoms do occur, they usually manifest through painful blisters and rashes around the oral and genital area. This is what we call herpes rash. Though these rashes tend to cause so much discomfort, they’re rarely fatal.

But with so many skin diseases causing rashes and blisters, it can be hard to tell if it’s caused by herpes. So how do you know if it’s herpes rash? Read on to find out.

Herpes rashes often look like red spots or sores. They mostly develop around the mouth and nose. But they can also appear on your genital area or other parts of the body where the herpes virus was contracted.

The sores can be tender and painful to the touch. They look a lot like small pouches or boils filled with fluid before they develop into full-on pustules. These pustules will then rupture, ooze liquid, then form a crust all in a matter of 10 days.

If this is your first herpes outbreak, it should be quite painful and severe. The following outbreaks will gradually get better in pain and severity.

As mentioned, there are many illnesses that cause skin rashes aside from herpes. So before you go around worrying, make sure that it indeed is herpes. Here’s how herpes rash differ from other types of skin rashes:

Contact dermatitis is often mistaken for herpes rash. But the former is characterized by an itchy, flaky rash that makes the skin look red and irritated. It’s usually caused by allergic reactions to different pathogens as well as soaps, jewelry, and other irritants.

Most of the time, contact dermatitis goes away after you wash the affected body part with mild soap and water.

When we hear the word “herpes”, we often associate it with shingles. But shingles, also known as herpes zoster, are caused by the varicella-zoster virus. It’s the same virus that causes chickenpox.

You can usually tell a herpes zoster rash from a herpes simplex rash because it appears as a stripe of blisters on one side of the body. They usually develop on the torso, neck, or face and often goes away after two weeks without treatment.

A chronic skin disease, rosacea is like herpes in the sense that it manifests in red bumps that go through relapse cycles. But rosacea typically appears on the face causing it to appear flushed and swollen. It’s also characterized by skin dryness and skin sensitivity.

The most distinguishable characteristic of eczema are the itchy red and white scaly patches that tend to flake off. The affected area may also appear bald and greasy or oily.

As the name suggests, genital warts are flesh-colored bumps that appear in your genital area. Unlike herpes, they’re usually painless and don’t develop into pustules. Since they’re caused by human papillomavirus (HPV), there is no treatment for genital warts.

As mentioned, herpes is a lifelong infection. The rashes might heal but the infection will remain and it can flare up anytime. But this doesn’t mean you can’t do anything to ease the symptoms. Here are some things you can do to relieve pain during a herpes outbreak:

You may not be able to totally eliminate herpes, but here are some practices you should do to reduce the likelihood of an outbreak. Most of these involve boosting your immune system.